Looking For Foreclosures? Surge NOT in the Forecast

With the strength of the current housing market growing every day and more Americans returning to work, a faster-than-expected recovery in the housing sector is already well underway. Regardless, many are still asking the question: will we see a wave of foreclosures as a result of the current crisis? Thankfully, research shows the number of foreclosures is expected to be much lower than what this country experienced during the last recession. Here’s why.

According to Black Knight Inc., the number of those in active forbearance has been leveling-off over the past month (see graph): 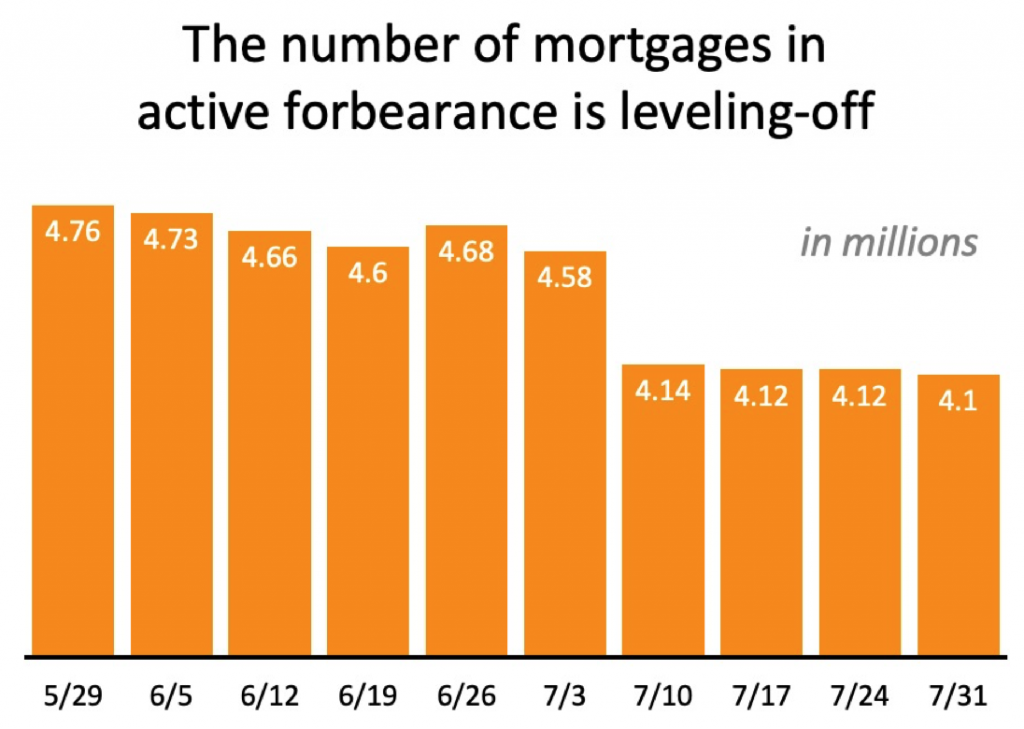 Black Knight Inc. also notes, of the original 4,208,000 families granted forbearance, only 2,588,000 of these homeowners got an extension. Many homeowners have once again started to pay their mortgages, paid off their homes, or never went delinquent on their payments in the first place. They may have applied for forbearance out of precaution, but never fully acted on it (see graph): 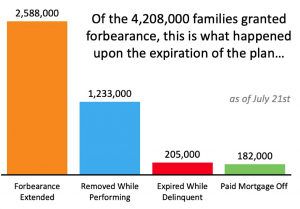 The housing market, and homeowners, therefore, are in a much better position than many may think. Much of that has to do with the fact that today’s homeowners have more equity than most realize. According to John Burns Consulting, over 42% of homes are owned free and clear, meaning they are not tied to a mortgage. Of the remaining 58%, the average homeowner has $177,000 in equity. That number is keeping many homeowners afloat today and giving them options to avoid foreclosure.

While ATTOM Data Solutions indicates that there is a potential for the number of foreclosures to increase throughout the country, it’s important to understand why they won’t rock the housing market this time around:

“The United States faces a possible foreclosure surge over the coming months that could more than double the number of households threatened with eviction for not paying their mortgages.”

That number may sound massive, but it is actually much smaller than it seems at first glance. Today’s actual quarterly active foreclosure number is 74,860. That’s over 7.5x lower than the number of foreclosures the country saw at the peak of the housing crash in 2009. When looking at the graph below, it’s clear that even if the number of quarterly foreclosures today doubles, as ATTOM Data Solutions indicates is a possibility (not a given), they will only reach what historically-speaking is 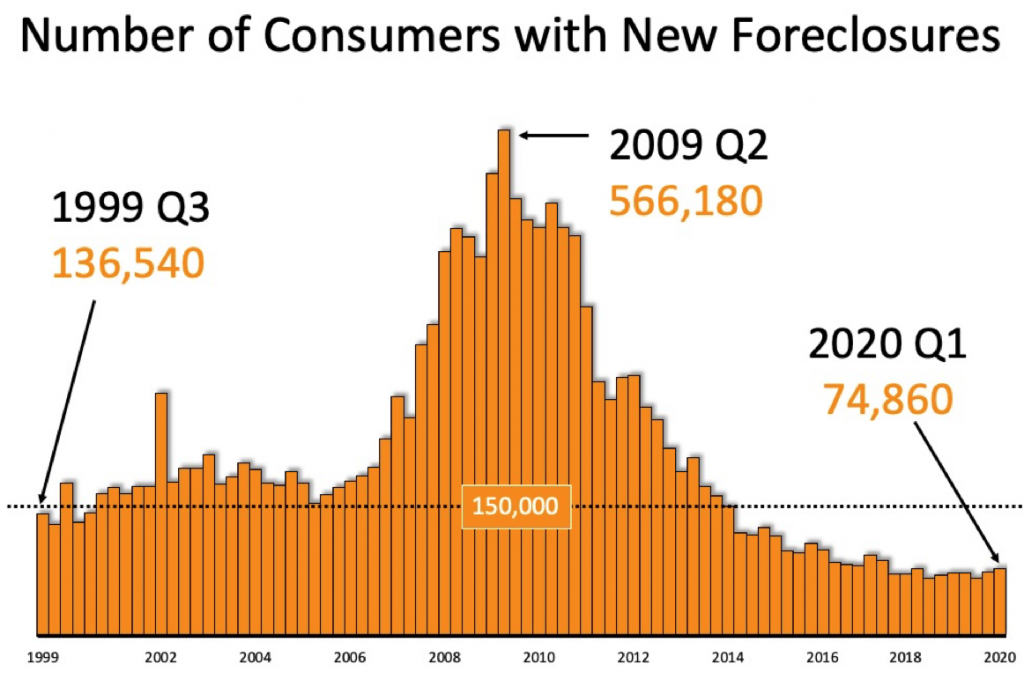 a normalized range, far below what up-ended the housing market roughly 10 years ago.  Equity is growing, jobs are returning, and the economy is slowly recovering, so the perfect storm for a wave of foreclosures is not realistically in the housing market forecast. As Odeta Kushi, Deputy Chief Economist for First American notes:

“Alone, economic hardship and a lack of equity are each necessary, but not sufficient to trigger a foreclosure. It is only when both conditions exist that a foreclosure becomes a likely outcome.”

While our hearts are with anyone who may end up in foreclosure as a result of this crisis, we do know that today’s homeowners have more options than they did 10 years ago. For some, it may mean selling their house and downsizing with that equity, which is a far better outcome than foreclosure.

Homeowners today have many options to avoid foreclosure, and equity is surely helping to keep many afloat. Even if today’s rate of foreclosures doubles, it will still only hit a mark that is more in line with a historically normalized range, a very good sign for homeowners and the housing market.

Related Articles
Reno-Sparks Market Report November 2022 Market Report ** Data in the November 2022 Market Report reflect market activity from October 2022 compared to the previous month and year.  Information is gathered from the Reno-Sparks Association of Realtors® (RSAR) for the Greater Reno-Sparks region via Northern Nevada Regional Multiple Listing Service (www.nnrmls.com).  Data accounts for single-family resale residences only, and excludes townhouses/condos, manufactured/modular and […]
In-The-Know Real Estate Blog 3 Graphs Showing Why Today’s Housing Market Isn’t Like 2008 With all the headlines and talk in the media about the shift in the housing market, you might be thinking this is a housing bubble. It’s only natural for those thoughts to creep in that make you think it could be a repeat of what took place in 2008. But the good news is, there’s concrete data […]
In-The-Know Real Estate Blog The Latest on Supply and Demand in Housing Over the past two years, the substantial imbalance of low housing supply and high buyer demand pushed home sales and buyer competition to new heights. But this year, things are shifting as supply and demand reach an inflection point. The graph below helps tell the story of just how different things are today. This year, buyer […]