** Data in this report reflect market activity from January 2020 compared to December 2019 and January 2020 compared to January 2019.  Information is gathered from the Reno-Sparks Association of Realtors® (RSAR) for the Greater Reno-Sparks region via Northern Nevada Regional Multiple Listing Service (www.nnrmls.com).  Data accounts for single-family resale residences only, and excludes townhouses/condos, manufactured/modular and new construction. 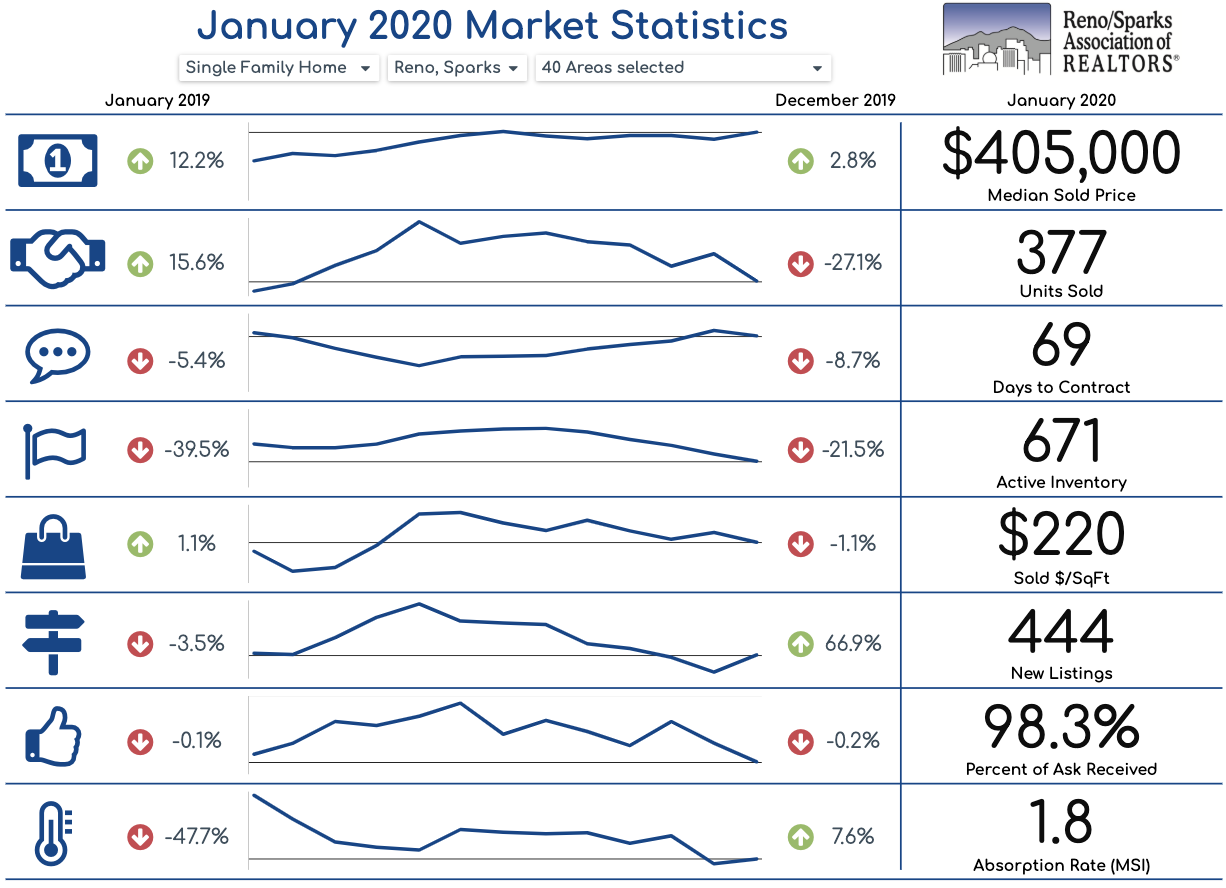 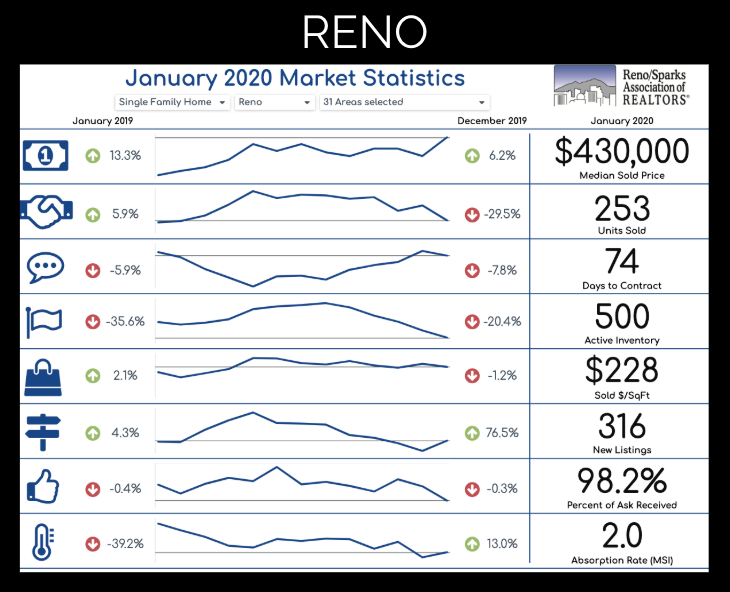 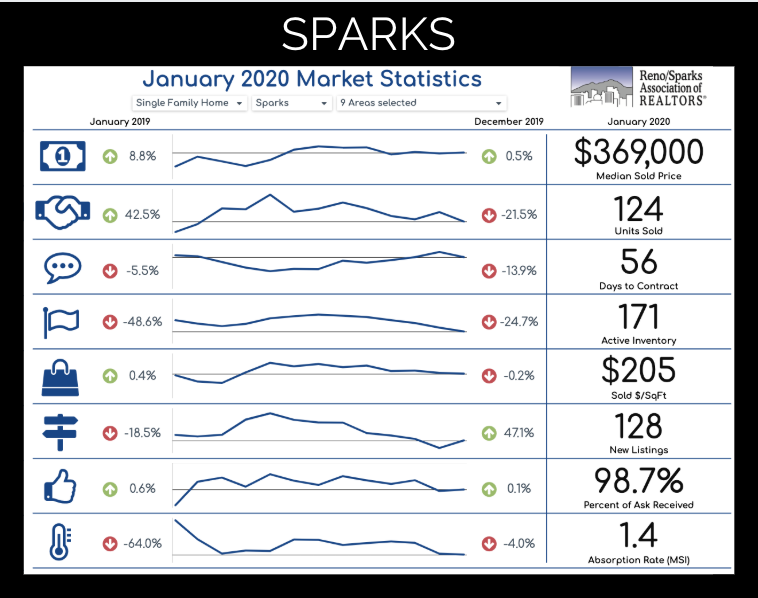 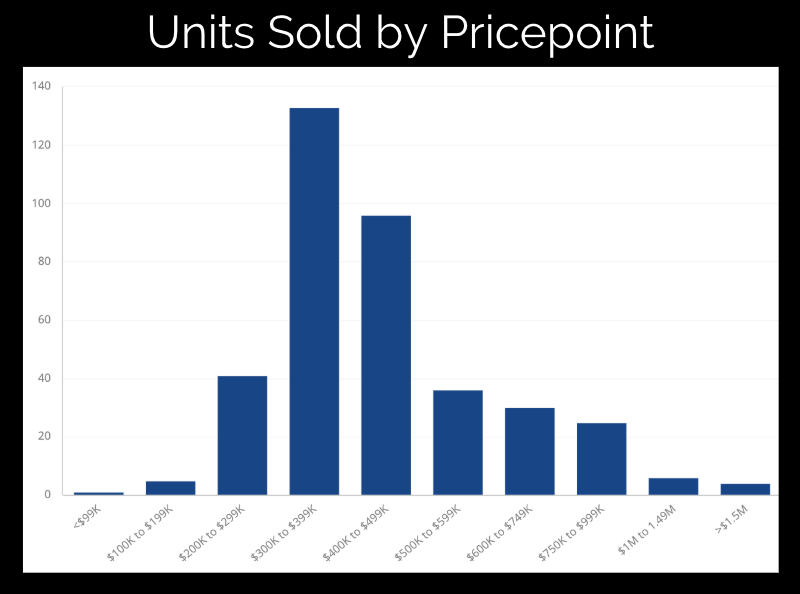 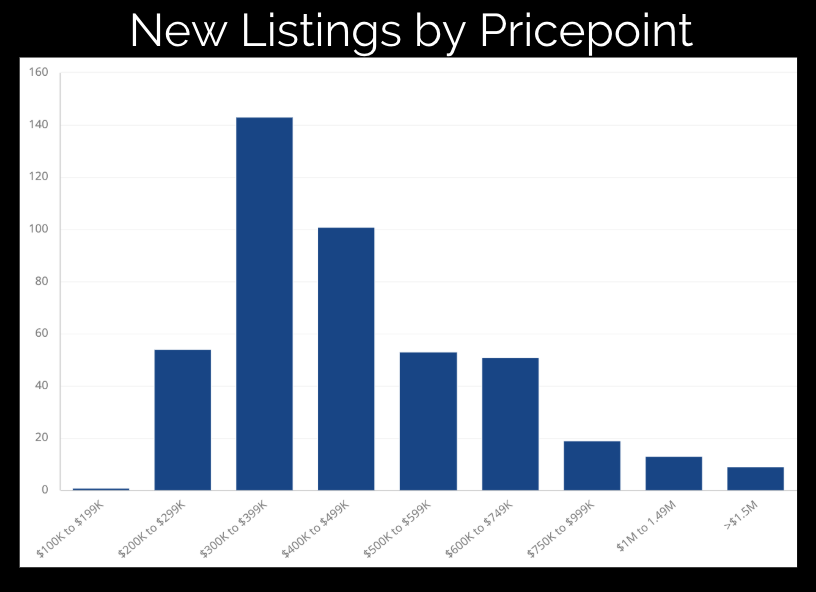 SO WHERE IS NORTHERN NEVADA HEADED?

According to the Economic Development of Western Nevada, the Economic Planning Indicators Committee (EPIC) reports that “The forecast for the next 5 years is for continued job growth of 51,585 with population growth of 54,470 for a five county region.  Housing for all of these new Nevadans will be needed more than ever and our real estate market is showing NO signs of slowing down.  Take a look at the EPIC report by clicking HERE.

When the number of buyers in the housing market outnumbers the number of homes for sale, it’s called a “seller’s market.”  The advantage tips toward the seller when the home is priced at or near market value, and as low inventory heats up, so too does the competition among those searching for a place to call their own.  This can create multiple offer scenarios and bidding wars, making it tough for buyers to land their dream homes, unless they are coming in a with a big wad of cash.  When financing your home purchase, here are three reasons why pre-approval should be your first step in the buying process:

If you are preparing to purchase a home in the near future, we are happy to refer you with a highly skilled and knowledgeable loan officer to get you moving in the right direction.  The loan officer will pre-approve you based on the following criteria, also know as “The 4 C’s”:

While there are still many additional steps you’ll need to take in the home buying process, it’s clear why pre-approval is always the best place to begin. It’s your chance to gain the competitive edge you may need if you’re serious about owning a home.  Let’s get together today to make sure you’re on the fastest path to homeownership.  Call me at 775-233-0682 to get started.

3 Most Important Steps to Selling Your House

If you’re planning to sell your home in the near future, and want to sell it as quickly as possible at the highest price possible, we strongly recommend following these 3 Most Important Steps:

1.  Make Repairs/Maintain:  Examine every inch of your house and look for things that need to be repaired or replaced.  You may go as far as hiring a home inspector to provide a full report so you have no surprises during escrow.  Below are some of the most common repairs made when selling your house.  Here is a list of some of the most common items needing attention prior to selling:

2.  Clean It:  Make your house sparkle!  Whether you do it yourself or hire a cleaning service, this is a must!  It is best to take care of this BEFORE listing and showing your home.  Then, when you are about to close escrow, it will be easier to just do the final touches.  Don’t neglect the following:

3.  Stage and Prep for Photography and Showings:  If your home is already vacant, we can bring in a range of staging pieces, from full furniture sets to essential decorative accessories.  When occupying the home while you are selling, decluttering, organizing and moving belongings around may be recommended.  This process is one of my areas of expertise, and one of the most important steps prior to professional photography by Matt Waclo Photography.  Professional photography is included in my listing services and is critical for making the best first impression possible.

For guidance regarding these essential steps for selling your home, please feel free to contact me directly at 775-233-0682 or email me at dhallerbach@intero.com. 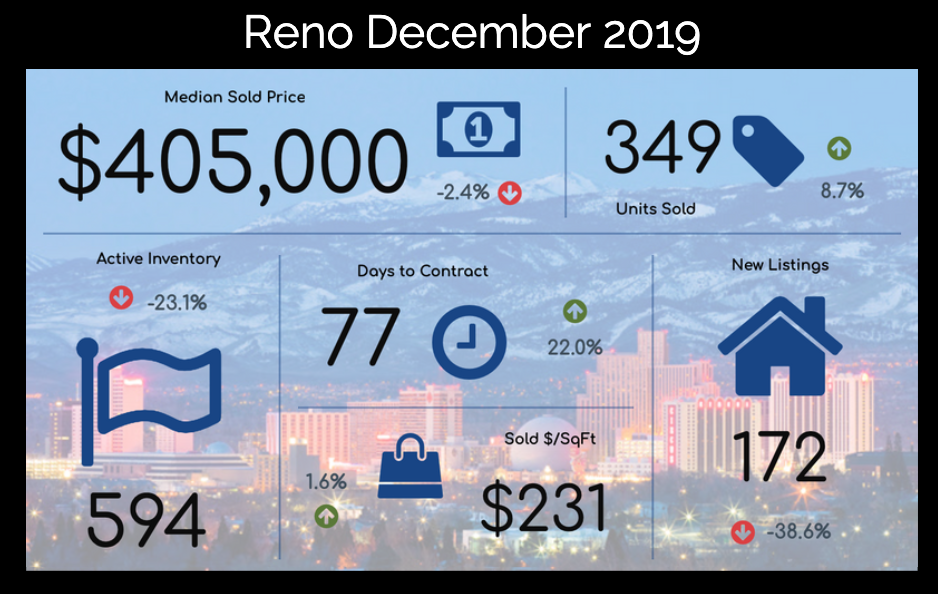 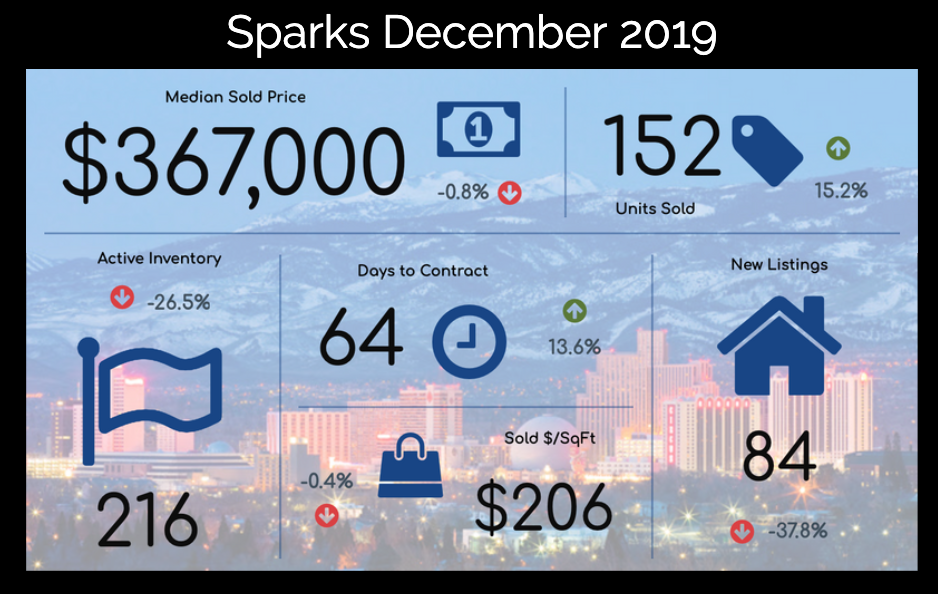 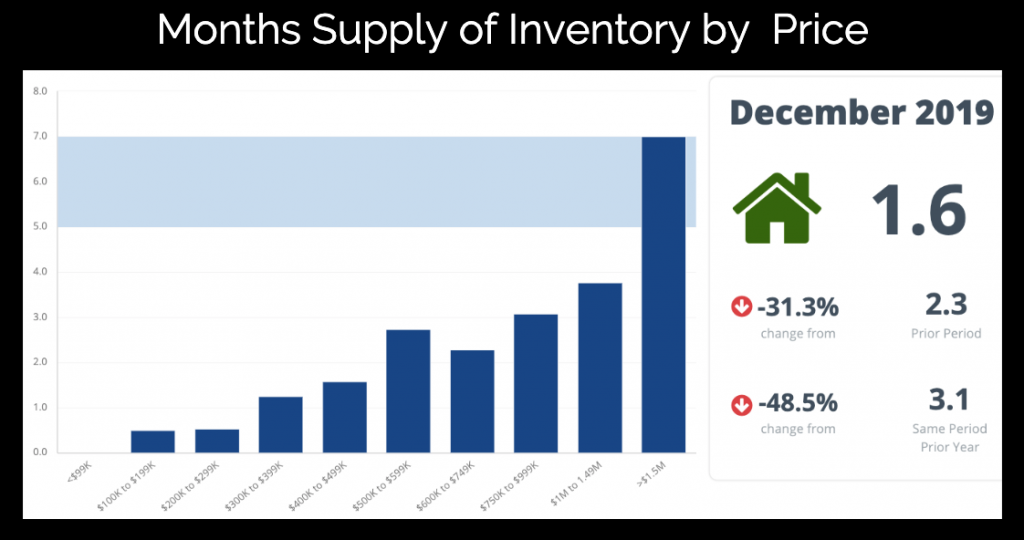 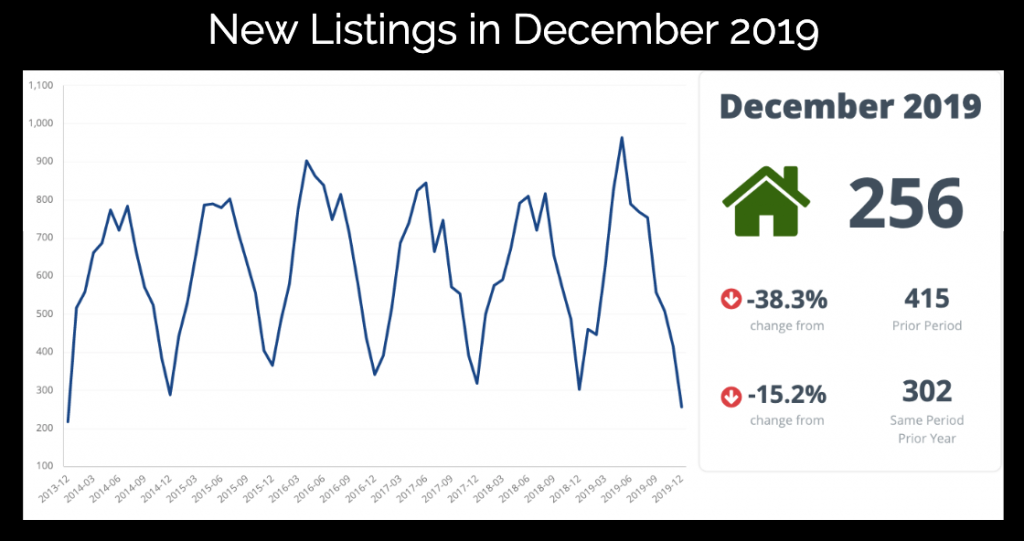 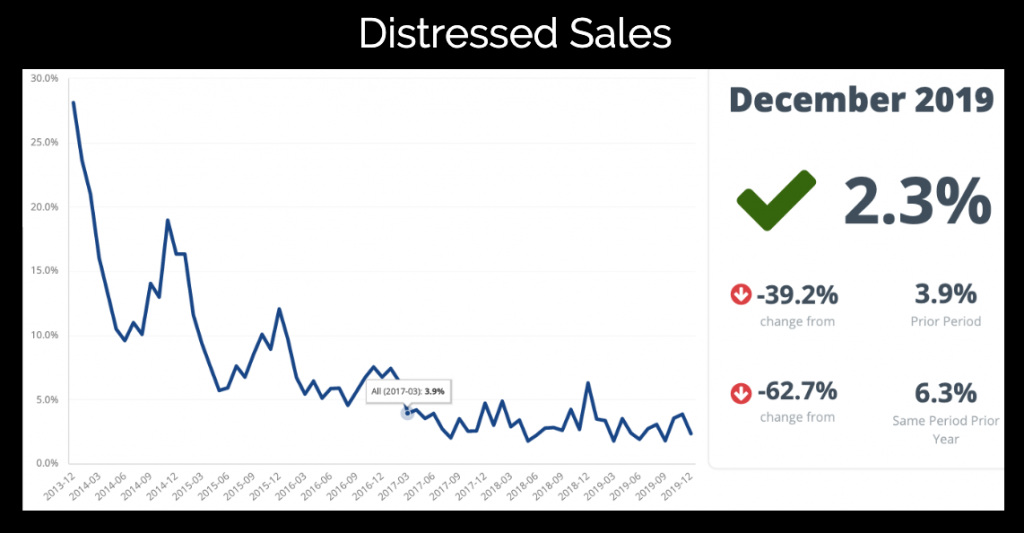 ** Data in this report reflect market activity from October 2019 compared to September 2019 and October 2019 compared to October 2018.  Information is gathered from the Reno-Sparks Association of Realtors® (RSAR) for the Greater Reno-Sparks region via Northern Nevada Regional Multiple Listing Service (www.nnrmls.com).  Data accounts for single-family resale residences only, and excludes townhouses/condos and new construction. 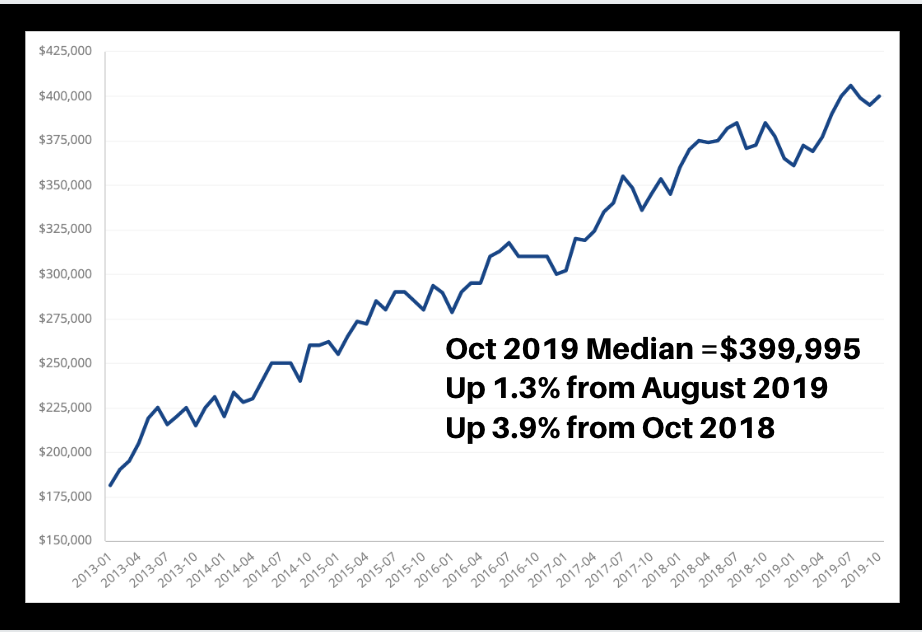 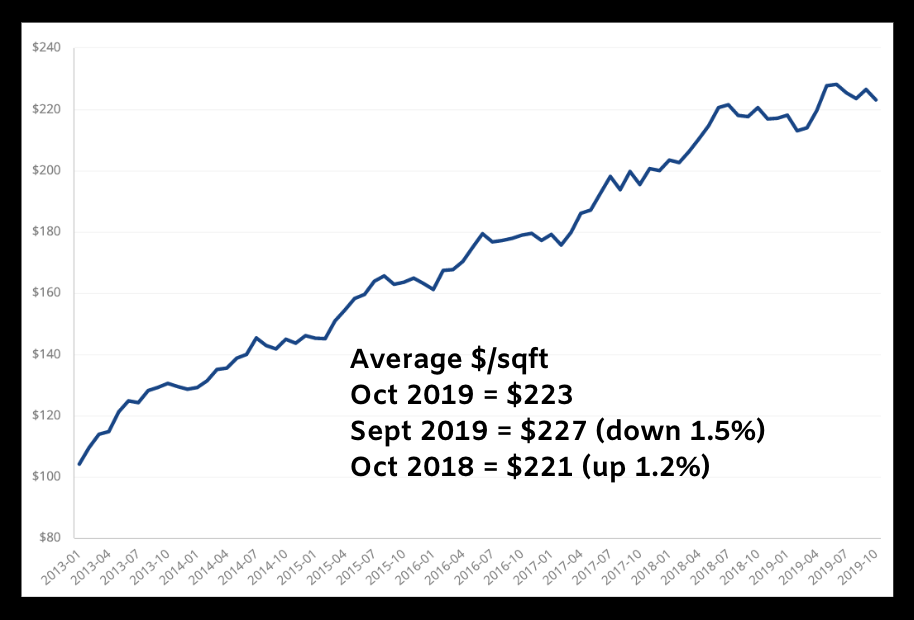 3 Reasons This is NOT the 2008 Real Estate Market

No one knows for sure when the next recession will occur. What is known, however, is that the “talked about” upcoming economic slowdown will not be caused by a housing market crash, as was the case in 2008. There are those who disagree and are comparing today’s real estate market to the market in 2005-2006, which preceded the crash. In many ways, however, the market is very different now. Here are three suppositions promoted by some, and why they don’t hold up.

SUPPOSITION #1 : A critical warning sign last time was the surging gap between the growth in home prices and household income. Today, home values have also outpaced wage gains. As in 2006, a lack of affordability will kill the market.

COUNTERPOINT #1:  The “gap” between wages and home price growth has existed since 2012. If that is a sign of a recession, why didn’t we have one sometime in the last seven years? Also, a buyer’s purchasing power is MUCH GREATER today than it was thirteen years ago. The equation to determine affordability has three elements:  home prices, wages, AND MORTGAGE INTEREST RATES. Today, the mortgage rate is about 3.5% versus 6.41% in 2006.

SUPPOSITION #2:  In 2018, as in 2005, housing-price growth began slowing, with significant price drops occurring in some major markets. Look at Manhattan where home prices are in a “near free-fall.”

COUNTERPOINT #2:  The only major market showing true depreciation is Seattle, and it looks like home values in that city are about to reverse and start appreciating again. CoreLogic is projecting home price appreciation to reaccelerate across the country over the next twelve months.

Regarding Manhattan, home prices are dropping because the city’s new “mansion tax” is sapping demand. Additionally, the new federal tax code that went into effect last year continues to impact the market, capping deductions for state and local taxes, known as SALT, at $10,000. That had the effect of making it more expensive to own homes in states like New York.

SUPPOSITION #3:  Prices will crash because that is what happened during the last recession.

COUNTERPOINT #3:  It is true that home values sank by almost 20% during the 2008 recession. However, it is also true that in the 4 previous recessions, home values depreciated only once (by less than 2%). In the other three, residential real estate values increased by 3.5%, 6.1%, and 6.6%.

THE BOTTOM LINE:  We need to realize that today’s real estate market is nothing like the 2008 market. Therefore, when a recession does eventually occur, it will very likely NOT resemble the last one.

** Data in this report reflect market activity from August 2019 compared to July 2019 and August 2019 compared to August 2018.  Information is gathered from the Reno-Sparks Association of Realtors® (RSAR) for the Greater Reno-Sparks region via Northern Nevada Regional Multiple Listing Service (www.nnrmls.com).  Data accounts for single-family resale residences only, and excludes townhouses/condos and new construction.

** Data in this report reflect market activity from July 2019 compared to June 2019 and July 2019 compared to July 2018.  Information is gathered from the Reno-Sparks Association of Realtors® (RSAR) for the Greater Reno-Sparks region via Northern Nevada Regional Multiple Listing Service (www.nnrmls.com).  Data accounts for single-family resale residences only, and excludes townhouses/condos and new construction. 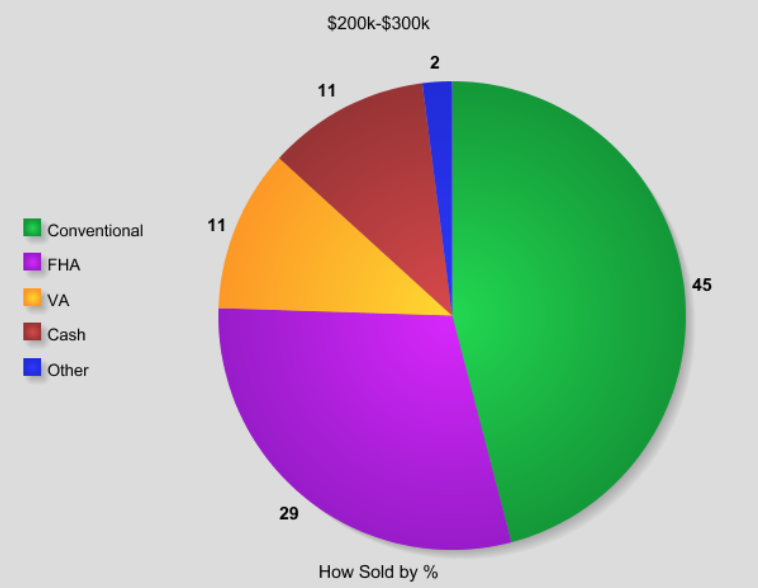 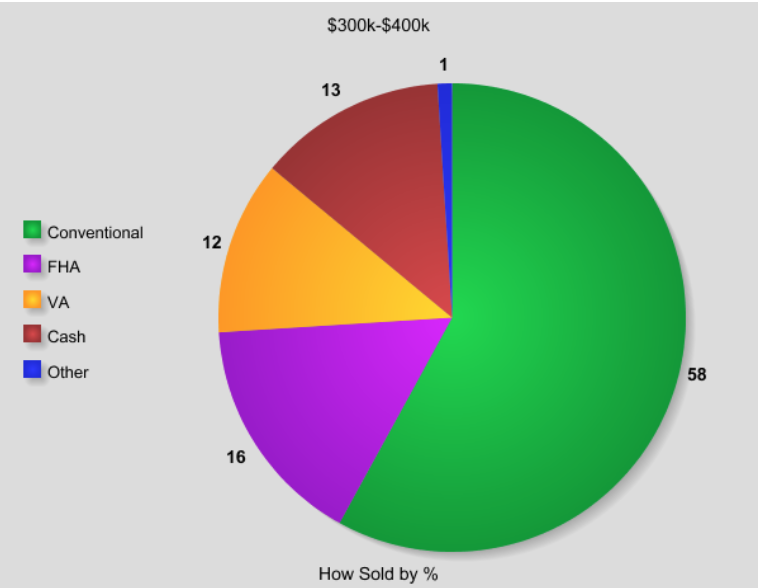 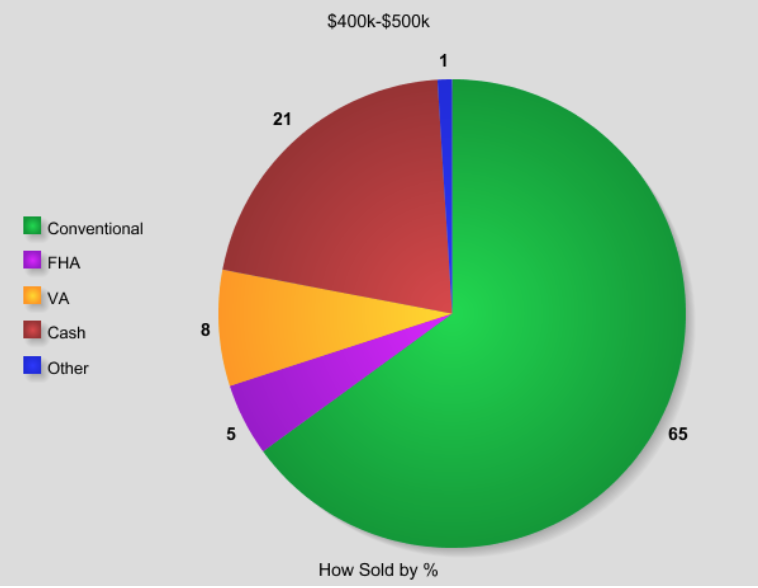 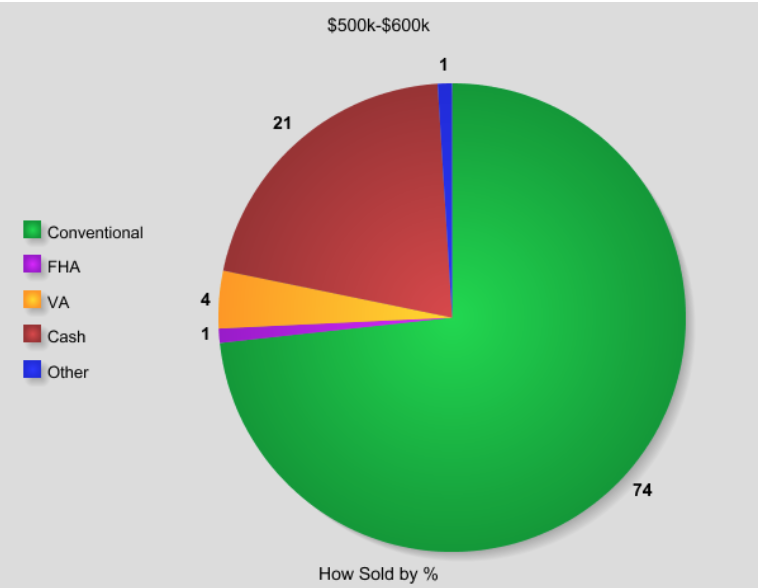 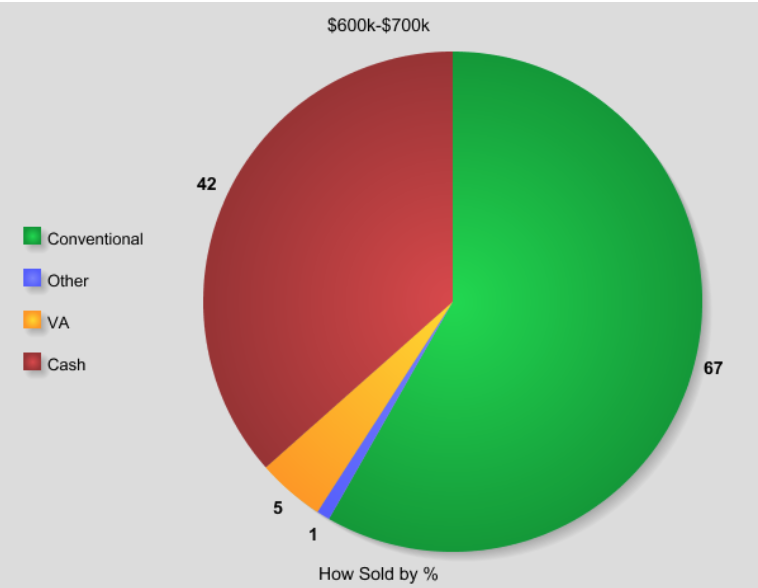 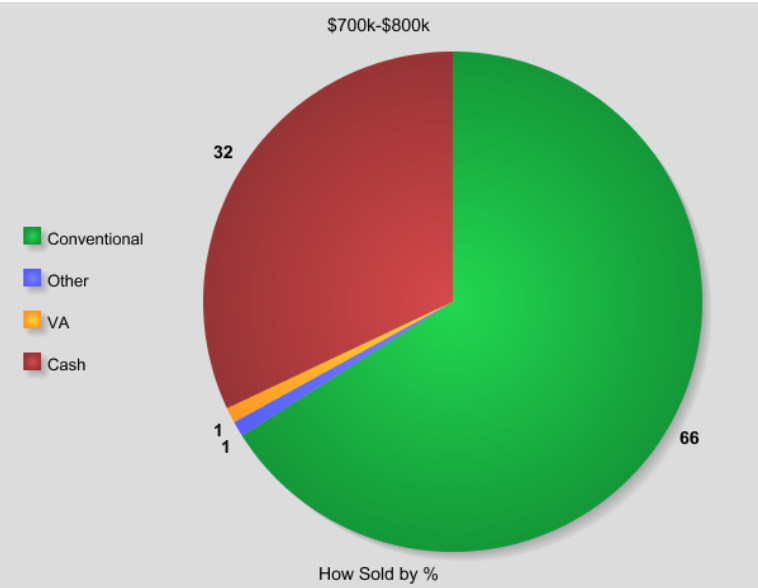 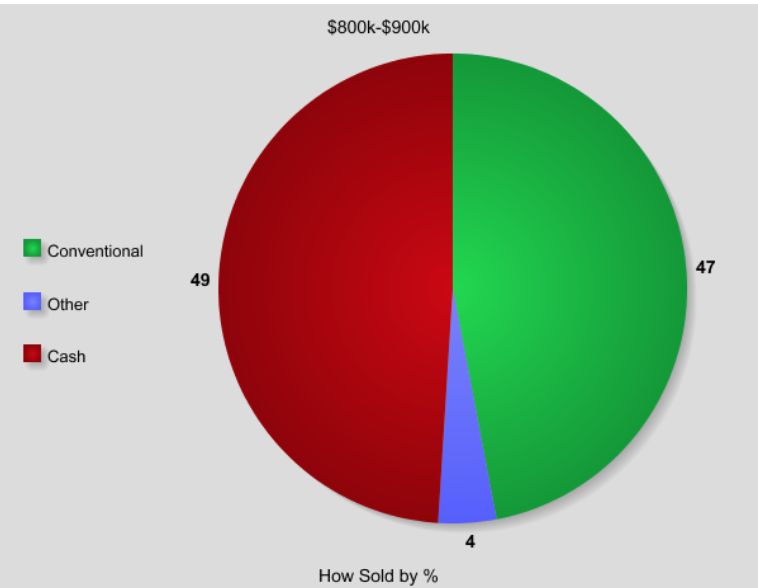 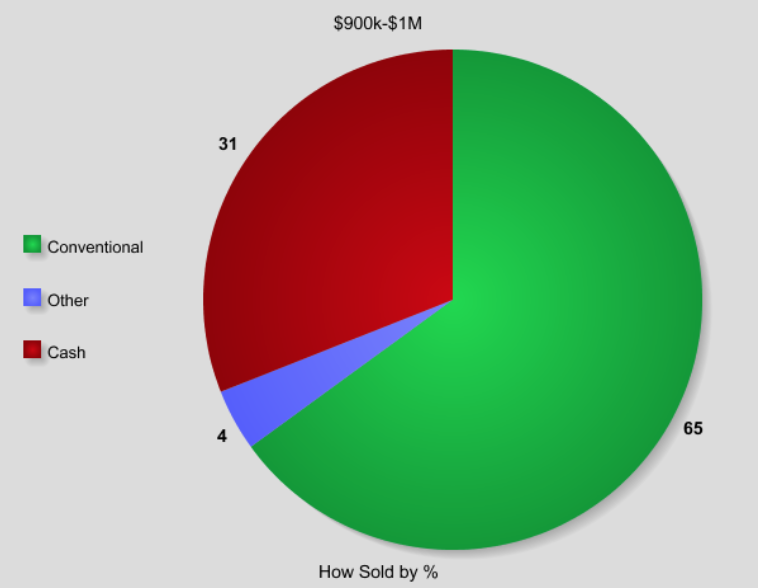 ** Data in this report reflect market activity from Feb 2019 compared to Jan 2019 and Feb 2019 compared to Feb 2018.  Information is gathered from the Reno-Sparks Association of Realtors® (RSAR) for the Greater Reno-Sparks region via Northern Nevada Regional Multiple Listing Service (www.nnrmls.com).  Data accounts for single-family resale residences only, and excludes townhouses/condos and new construction.